It can be confronting meeting a winemaker for the first time. I suppose it’s like any social situation. What do we talk about? The wines I guess, but what else? Are we going to get on and if not, do I really want to sell their wines? Should I be willing to make suggestions or restrict my comments to praise alone. After meeting Tom Puyaubert of Bodegas Exopto, I relaxed and simply enjoyed the wines. They are superb.

Tom is easy to get along with and offers information freely. There is no false modesty and the strongest critic of the wines is the man himself. Tom is from Bordeaux, and the obvious question is – why Rioja? The answer lies in the many old vineyards, interesting terroir and diversity of climate and soils.

Rise of the small producers

While Rioja will likely always be dominated by large companies and their culture of blending and large-scale production, smaller producers are increasingly coming to the fore. The best of these focus their efforts on producing commune-based and single-vineyard wines, even if they are not technically permitted to label the wines this way.

Rioja is a massive area, some 100 kilometres long and 40 kilometres wide and with lots of different climates and soils. Of the 300 million bottles produced there are only around 500 producers, so the average size is huge and most of the wine produced comprises region-wide blends. These large producers also dominate the DO’s legislation so change is slow and labelling wines by commune or site is heavily restricted and often illegal.

Over the last 15-20 years, Rioja has seen the rise of a small number of growers who are determined to make wines that reflect their place. Bodegas Exopto is at the forefront of this movement. Exopto is Latin and means to desire something greatly and Tom Puyaubert desires to make pure wines of place, greatly. I cannot help but think that Tom’s timing was perfect. He began Bodegas Exopto in 2003 while working as a barrel salesman for the French company Saury. He was in a unique position to understand. Not only does he know wood and barrels as well as anyone can, he was able to learn the intricacies of Rioja – from it’s producers to it’s vineyards and wine styles. And of course, vineyards there and their raw materials, grapes, are less expensive than other famous wine regions.

When his wines were first imported to Australia, Tom was called a Rioja star in the making. That was almost ten years ago. Today the man and his wines have amply delivered on that promise: factors like owning and controlling more of his sources, working with concrete, large format and less new oak and developing personally as both a grower (no herbicides are used and all the best vineyards are worked by mule) and a winemaker underpin the positive evolution here.

This year’s releases are easily the finest and most vivid we have seen from this producer—including two wines that are made and labelled under single vineyards, something still quite radical for Rioja.

I asked him whether he would ever countenance making a ‘traditional’ style of Rioja. Half a smile and the other half a grimace, the answer “No”. Where would you like to make wine, if it wasn’t Rioja? The answer – Bordeaux, “It’s sentimental I know, but Bordeaux. And Northern Rhone. Syrah.” Something’s happening in the northern Rhone. I have asked many winemakers this same question and the answer is often the same. But that conversation is for another time.

What is the aim of Bodegas Exopto? “To express the real soul of Rioja”. There will be no Reservas or Crianzas here. 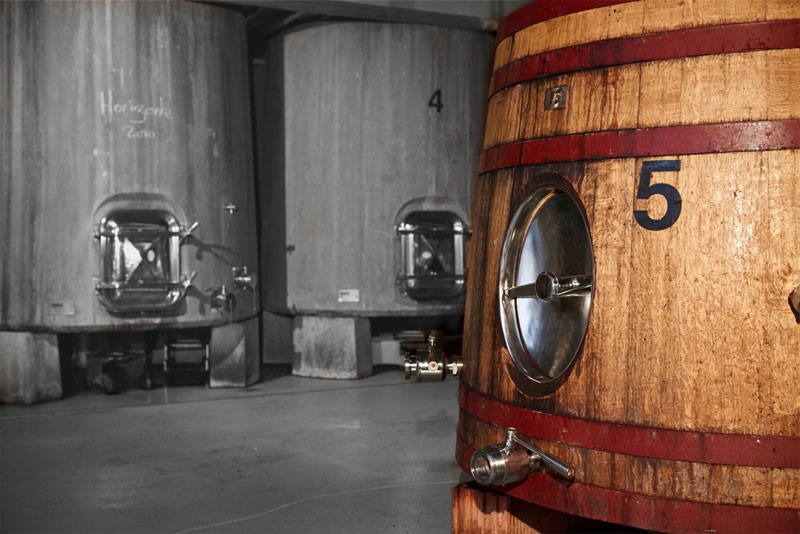 A 2016 Rose, really? Yet again, I was blown away by this wine’s ‘bargain deliciousness’. It’s hard to imagine the volume of complexity available here. Blood orange, grapefruit, fennel and peach fold into a juicy, pulpy, tangy and savoury spice. The bottle age on this wine has only added to the sensuality on offer.

This is the third vintage of this wine that I have had the pleasure to taste and drink. The 2016 and 2017 releases are awesome and entirely different from each other. It’s great to see real vintage variation in an ‘entry’ level wine. For what it’s worth, I tend to prefer the cooler vintages. The wines are vital and brisk, full of energy and have the appearance of an unfurled rose. Just give it time and you know the best is yet to come! The 2018 is vivid. Massive lift of blue, black and red fruits. Medium to full bodied with loads of fruit, spice, plunging acidity, chalky texture and bony tannins. Pulsing and ageworthy.

Absolute drop dead bargain. Its difficult to describe the complexity, nuance and excitement the Exopto white conjures. Everytime I came back to taste, the wine had evolved into something else, throwing up a whole new set of flavours. Rich, full bodied and lanolin texture, there’s a briskness to it’s luxurious weight. White peach, cut hay, mandarin, orange pith, fig, honeycomb, spice and tropical notes. Don’t serve this too cold and if you can be bothered (be bothered!) decant. This is an incredible wine, certainly an alternative to white Burgundy at a fraction of the price.

From a warmer vintage, the colour as always with Exopto, is vivid. Darker fruits on offer here – blackberry, black cherry and blackcurrant. Plush and velvet textured palate with Tempranillos give away chalky tannins. This is a more luxurious offering from Exopto with spice, sarsaparilla and chocolate notes. Gorgeous.

I’ve tasted the 2016 twice recently, with consistent results. Love it! The 2017 is a very different wine, due to the cooler nature of the vintage. If the 2016 is a broadsword, the 2017 is a rapier. With a spicy nose of red and dark cherries, I wasn’t expecting the plunge of power on offer. Very tightly wound wine with the firmest, tightest corset of tannins. Red and black cherries, blueberries, brambly fruit, sage, violets and tapenade. Incredible energy and drive. This is a great wine, but needs at least 10 years before we can glimpse how good this is going to be. The Tempranillo answer to a Pauliac or St Estephe. Great wine at a bargain price.

Fascinating wine which evolved in the glass and came up with totally unexpected flavours and textures. Very dark colour and surprisingly open on the nose. The texture is luxurious – soft and plush with plenty of laced tannins. Pastile fruits of blackcurrant, nuances of cherry cola, blueberry and licorice root. Fabulous, unique vineyard expression.

Impenetrable, and one of the darkest pitched Tempranillos I have tasted. Dark, dark fruits, licorice and very tight. There are glimpses of morello cherries, which really lifts the wine and points to a compelling, mysterious evolution. Exotic notes kick in after you leave the wine for a few minutes. Thyme, lavender, grenadine and blood orange. It really is wonderfully complex. There is an earthiness that reminds me of Barolo too. Nebbiolo in Rioja? Why the hell not. Destined to become one of Spain’s greatest single vineyards.

*Prices quoted are in any six